Monitoring Software Project Progress by Money Spent Can Be Misleading

Sound financial practices are a core value of any successful enterprise; and should be.  It may come as a surprise that monitoring money spent against planned expenditures is not the best way to evaluate the progress of software projects.  The reason is simple:  by the time financial measures indicate that a project is off track, it is often too late to take effective corrective actions or identify alternative courses of action.

Here is an example that illustrates this.  Let’s take a hypothetical project plan with these characteristics:

According to this plan, the project should have a labor cost $1.245 million.  Now, using a software project monitoring tool, SLIM-Control, let’s see what the project looks like at the end of September. 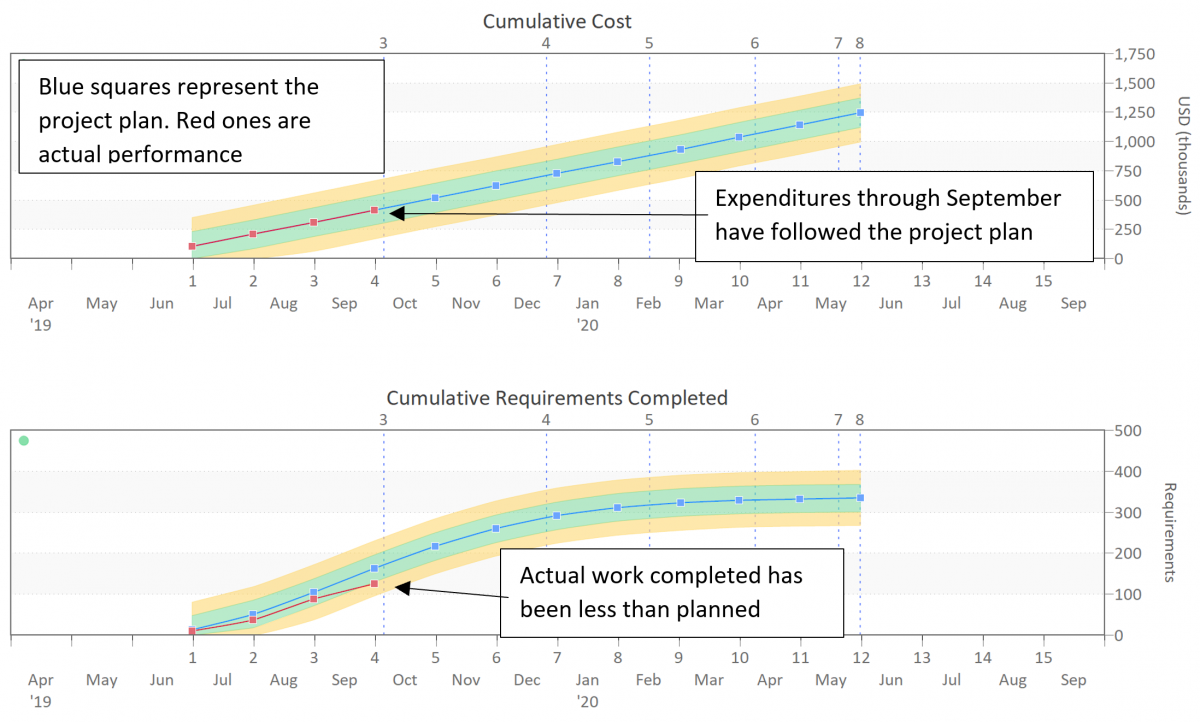 If we only look at money spent, the project is on track since planned and actual expenditures are exactly the same.  However, when we look at the progress of the actual work completed, a different story emerges.  The project got off to a slow start and the gap between what was planned and what has been delivered has increased every month.  Unless this is rectified, the project will last longer and cost more than originally planned.  Here is a forecast of what will happen if the current trend continues.  The project will complete over two months late and cost an additional $215,000. 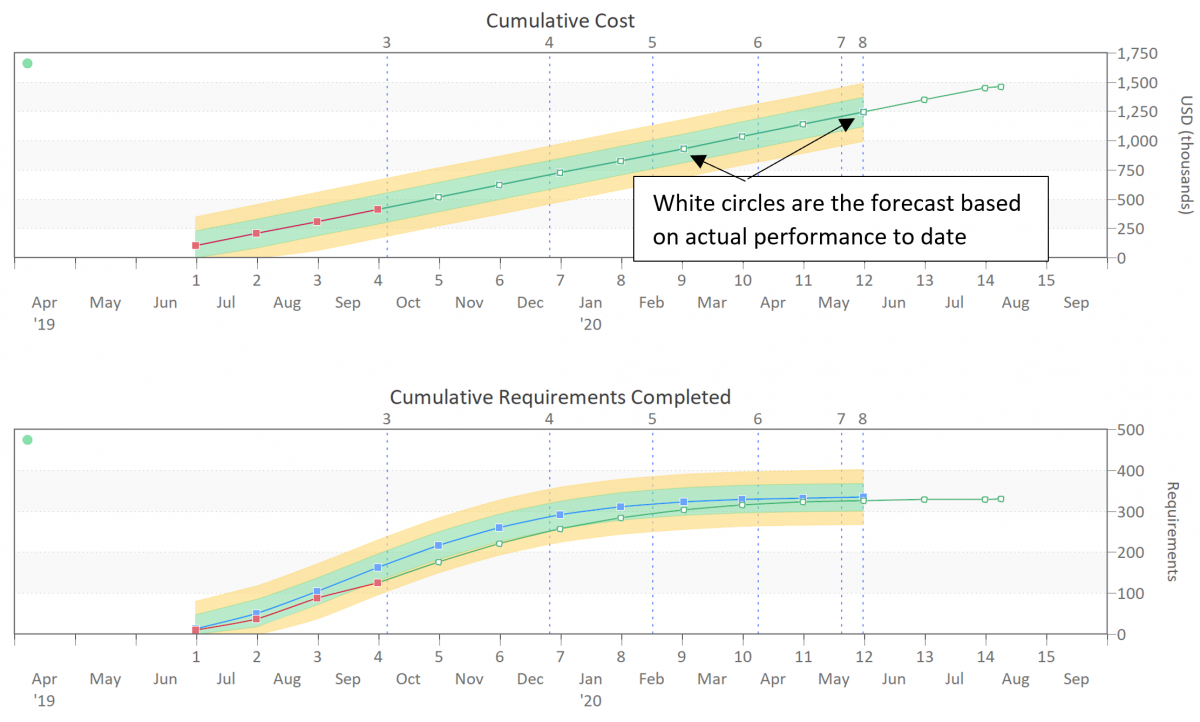 The question is what to do next.  At the very least, this project should be closely monitored to see whether or not it gets back on track.  Let’s look at its performance at the end of October.

Rather than closing the gap between planned and actual delivery, the gap has widened even though the project has been under increased scrutiny.  While tracking actual against planned performance does not determine why this is occurring, it does identify the likely outcome:  this project, as currently executed, will not complete on time and within budget.  If we had been monitoring the project based on cash flow alone, this would not yet have been apparent.

The principal advantage of using work completed to predict cost and duration is that forecasts can be done early enough in the development lifecycle that corrective measures can be undertaken.  Perhaps additional staff can be assigned to the project (if it was understaffed) or some of the 335 requirements could be deferred or perhaps eliminated.  Possibly, the schedule could be lengthened.  Will corrective measures always work?  No, and it’s worth noting that timely re-planning early in the project is more effective than changes that occur later on.  Early forecasts let managers evaluate the effectiveness of proposed course corrections before choosing the best course of action.  Forewarned is forearmed!  In any case, unlike fine wine, bad news does not improve with age.

Blog Post Categories
Effort SLIM-Control Tracking
We use cookies and similar technologies to provide you with the best possible experience on our website (for personalization, analytics and performance). Agree