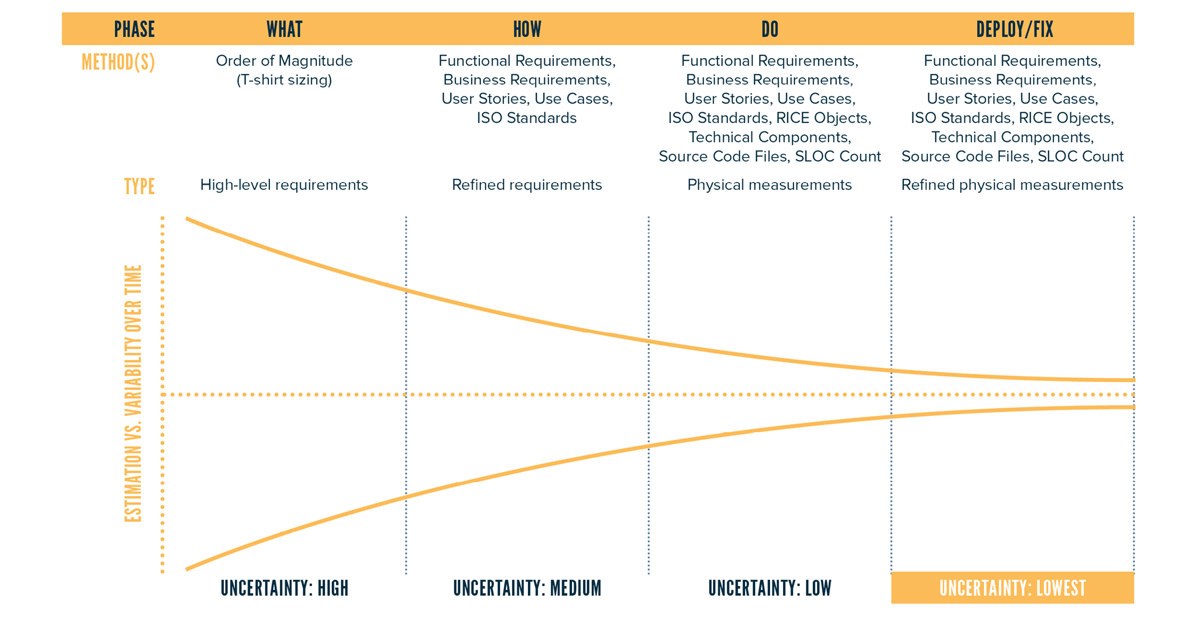 As we embark on 2017, which is also the 30th anniversary of IFPUG Bylaws, there are reports that the software development industry is making progress. The 2015 Standish Group CHAOS report cited that agile projects are, on average, three times more likely to be successful than waterfall projects (based on their survey of over 10,000 projects.) The not-so-good news, however, is that the percent of successful projects (defined as on-time, on-budget, and with a satisfactory result) hasn’t changed much since the first CHAOS report in 1996, and hovers around 40%. The top three success factors in the 2015 report were not technical: 1. Executive Support, 2. Emotional Maturity and 3. User Involvement (agile processes ranked #7.) The need for software sizing measures to support project estimating remains just as critical as it was 30 years ago, yet IFPUG function points are not used as extensively as they could be to support software sizing. Rather than “throwing the baby out with the bathwater,” so to speak, or creating new metrics to solve old problems, Carol Dekkers and Joe Madden suggest a new way to repurpose function points to achieve estimating successes today. This article was originally published in IFPUG's Metric Views.

Blog Post Categories
Function Points Articles Metrics
We use cookies and similar technologies to provide you with the best possible experience on our website (for personalization, analytics and performance). Agree