Will My Project Finish on Time?

Events are said to be independent when the outcome of one event does not affect the other.

On the other hand, two events are dependent when the occurrence or nonoccurrence of one event does affect the probability of the other event.

This is an important distinction, as we shall see.

Simple example: A software development project is going to proceed concurrently with the development of a new piece of hardware required to implement the software. Scheduled completion dates for both developments have been determined and a project plan has been created. Both projects can proceed independently until their respective completions (probably an unwarranted assumption, but I said this is a simple example!). Both projects must succeed in order for overall success to be achieved.

The assumption of independence is a very strong assumption. Quite often events have some dependencies on one another. This means that the multiplication rule doesn’t apply, and that the actual situation is more complex. Fortunately, we can use SLIM‐MasterPlan to help evaluate multiple estimates.

SLIM‐MasterPlan uses Monte Carlo analysis to give us insight into the effect of complex interrelationships between tasks has on the distribution of likely project completion times. Let’s look at an example.

This example program consists of 4 projects (or releases). Release 1 is set for low uncertainty and 2 through 4 are set to moderate uncertainty. This is a common situation, since we often have more knowledge about current work than we do about work farther in the future. To simplify things, the four releases are identical in size and productivity. Releases 2 through 4 have been set to start when the prior release is 50% complete. 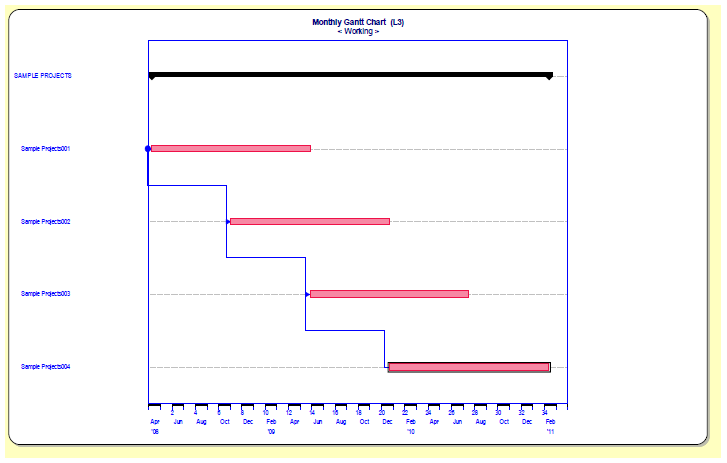 So, what is the probability that the program will complete on time? The answer is, about 20%. This is significantly less than the 50% that some people may have assumed when they created their program plan built upon 50% estimates for the individual releases. On the other hand, it is higher (whew!) than the 6% we would calculate if the four releases were truly independent and we needed all four to complete on time to be successful (.5 * .5 * .5 * .5 = .0625).

The following graph is the cumulative probability of program completion. The vertical line near 34 months represents the estimated completion date of release 4, the final release. 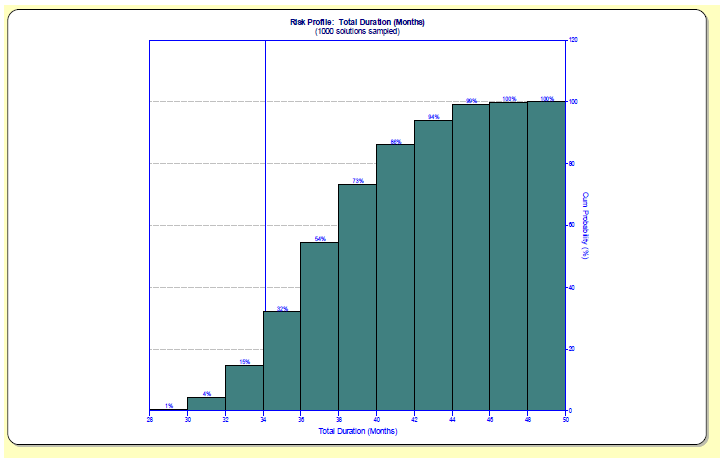 For programs with multiple projects or releases or iterations, let MasterPlan help you determine the likelihood of desired outcomes.