Estimating Plays a Vital Role in Agile – Dad Says So! 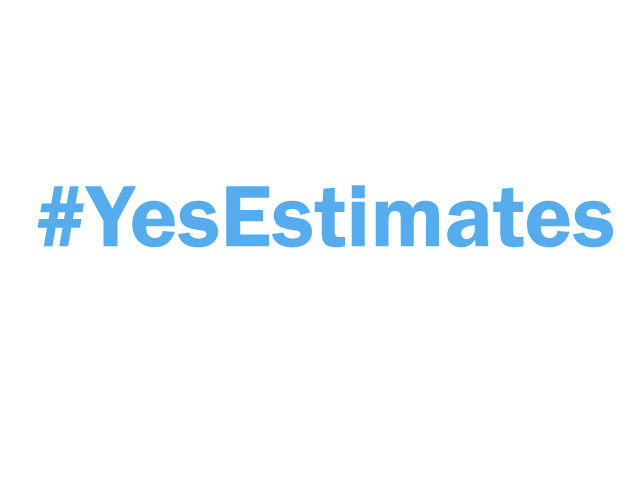 Recently a friend of mine sent me a link to a YouTube video featuring Jeff Sutherland and Ken Schwaber, the founders of Scrum, discussing the latest update to the 2016 Scrum Guide.  The updates to the guide were comprised of survey feedback from the Scrum community, with the goal to understand what is important to them that should be included in the updated Scrum guide.

The most compelling part of this discussion for anyone contemplating whether estimating belongs in Scrum happens at the 32:10 point.  Jeff and Ken are posed the question, “what is the difference between a forecast and an estimate?”   They answer with the idea that many people confuse the word estimate with commitment, which plagues any development effort regardless of method.  Subsequently Jeff and Ken changed the word “estimate” to “forecast” in the latest Scrum Guide to reflect the ever-changing growth and reduction in project scope, i.e., the estimate will show our best commitment and what we think is going to happen.  That can change once the project starts, BUT, we can measure that too through forecasting, essentially re-estimating throughout the project.

Another question posed was regarding their thoughts on the idea of #noestimates.  Just like having an overall commitment (estimate) is important, Ken and Jeff acknowledge the need for estimating stories within Scrum.  A Rally analysis is referenced in which 70,000 Scrum teams were surveyed on how they operated their development.  The survey revealed there are three main methods of estimating size in Scrum; these are posed in Ken and Jeff’s order of speed: estimating hours, no estimating at all and those that estimate stories as size, then burn them down. The teams that estimated size in stories were the fastest.  Ken ended the conversation about estimating with the comment, “#noestimates = no valuable commitments.”  Essentially saying that if you don’t have an estimate, your commitment is meaningless.

This post is deliberately brief since the section of the YouTube discussion from 32:10 – 36:29 articulates so well why estimating is vital within Scrum, and this is coming straight from the gentleman who created Scrum.  As a humble servant to spreading the word about the value of estimating, this makes me wonder if I should start the movement #yesestimatestheyaregood.