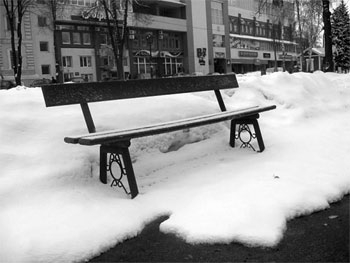 This scenario is also very common in software testing.  Much like digging a car out of the snow, defects found earlier in the software development lifecycle are much easier to fix than those found later on.  This is because the code base is smaller, and the defect has less potential to affect other areas of the system.  If put off until a later date, new defects can build on older defects, thus compounding the problem.  When working with a larger, more complete code base, fixing the defect can be more complicated because it has the potential to affect a larger portion of the system.

Additionally, fixing defects later in the software development lifecycle can be more time consuming and costly.  As the complexity of the defect increases, so does the amount of time necessary for fixing it.  This can result in schedule slippages and cost overruns because fixing the defect was delayed.  The good news is this can easily be avoided by testing software early in its lifecycle and fixing the defects as are they are discovered.  This will reduce the complexity of the defects found later, and most likely make them less time consuming and costly to fix.

Hopefully this post gives some insight into fixing defects early in the software lifecycle, or at the very least, provides some motivation for getting the snow in your yard cleared more quickly.

Blog Post Categories
Defects Software Reliability Risk Management Quality
We use cookies and similar technologies to provide you with the best possible experience on our website (for personalization, analytics and performance). Agree