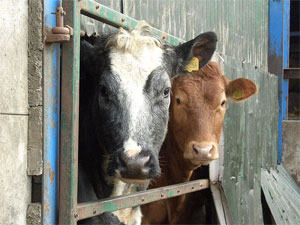 A recent article in the New York Times about farm robotics, of all things, made me think about process improvement.  In the article, dairy farms in New York are beginning to use robotic milkers to feed and milk cows without the use of farm hands.  The solution was born out of several issues for dairy farmers, first, manual labor was hard to come by, and second, dairy prices were soaring.  What farmers needed was cheap, reliable labor; the solution was farm robotics.

Unfortunately, robots are not always the solution to every process improvement opportunity; sometimes the solution is as simple as delegating.  For example, at QSM, we receive a lot of enhancement requests.  A collection of QSM staff was picked to decide which requests will be added to a release and which requests will be declined.  On paper, this is a good idea; however, the meetings became longer and less productive because the entire group had to discuss every single request, large or small, doable to impossible.  The solution was to have an additional meeting (“pre-triage meeting”) which picks through requests received each week and approves requests that are small, decline requests that are very large, and create a list of requests that need the oversight of the larger group.  By having another set of people review the requests, it does create some extra work, but it makes the larger meeting more efficient and better targeted since they only need to discuss items that need their oversight.

The key to finding opportunities for process improvement is to identify problems, then to implement processes that will help solve your problem.  Sometimes that means robots, sometimes that means an extra meeting and some additional time spent for the sake of productivity.  So far, the current process is working well.  Each meeting has a clear set of goals and a process that it has to follow, which is the real reason why this process works.  The pre-triage meeting isn’t doing all the work for the larger meeting, they are simply editing the list of requests and puts forth only the items that really need discussion, which in turn makes the larger meeting shorter.  You might think that having two meetings that go over basically the same material would be about as far-fetched as using farm robots, but it’s working out well.